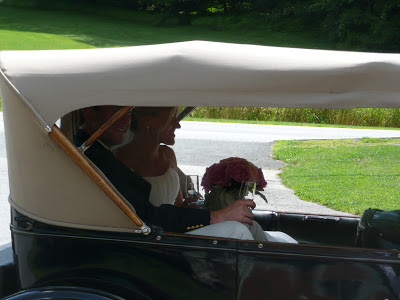 It strikes me as ironic that same sex couples are fighting for the right to be married, and those who already enjoy this right are routinely taking it for granted and wanting to escape their marriages  In the US most couples enter in to their marriage in love and full of hopes and dreams for a future together.  But somewhere along the way, many of these marriages hit the skids and ultimately break up.  And often times, the marriage has produced children, who are profoundly affected by the divorce.  I clearly remember a friend of mine in college was devastated by the news that her parents were divorcing.  And at the time, I thought that she would or should be "old enough" to handle the news.  I think her parents thought that, too.  But divorce cuts children to the core.  Even if the marriage is troubled, children still hold on to the hope that their parents will find love again and reunite, because children owe their very existence to that loving couple, even after the love has died.

Everyone has heard this before: Marriage is not easy.  To stay married, the commitment to each other has to reign supreme.  And in addition, having a good marriage requires time, effort and attention.  In my parenting work, I have seen many parents who struggle with the role of being a divorced parent.  If staying married is difficult, being a successful single parent is really, really difficult!

So don't divorce if you are bored, feeling restless, or have lost the spark before you give your marriage another try.  Go out on date nights.  Take up a mutual hobby, or find a hobby yourself, that will bring you joy and satisfaction.  Spend a few months doing kind things for your partner.  Get some counseling.  Have more sex.  Get in shape.  Try a variety of approaches before throwing in the towel.  Marriages can be resurrected.  Problems can be solved.  The spark can be reignited.  And the long term benefits to you and your children are immeasurable.  Put your marriage back at the top of the list, where it was when you were planning to get married, and if it is not what you want it to be, make some changes to improve yourself and your relationship.  Not all marriages can be saved, and there are legitimate reasons for divorce, but don't add your name to the list if you haven't first attempted to rediscover the love you once shared.