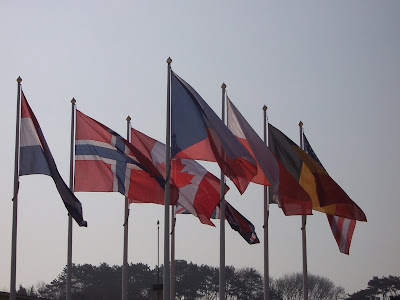 I recently returned from a trip that included a transatlantic flight lasting almost 9 hours.  I was seated behind a mother and her three children.  I don't know for sure what her nationality was, but she was french speaking as were her children.  She was a black woman and I know that there are parts of the world that speak french other than France, so I am not sure as to what her background was.  I am guessing that her children were about 3 to 6 years in age.  The youngest being a little girl and two older brothers.  I was utterly amazed and captivated by these children.

Besides being incredibly cute, they were extremely well behaved, quiet and totally self-sufficient.  Their behavior left me speechless.  These three little children occupied themselves for the duration of the flight.  There mother had not brought one item aboard the plane to entertain them.  There were no backpacks stuffed with snacks, gadgets, and toys for their use.  They buckled into their seats and explored the headphones and other buttons available to them.  They napped or watched the video screens.  When the flight attendants brought beverages and food, they politely accepted what was given to them and independently opened the packages and quietly ate the food items.  Each one, at one time or another spoke to their mother but basically they kept to themselves and took care of their own needs.  I was completely gobsmacked to watch the dynamics of this traveling family. 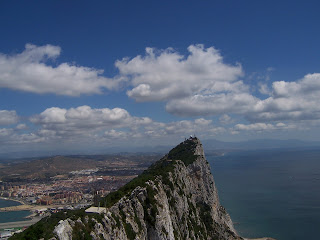 I kept picturing my younger self schlepping on to planes with my four children anxiously worrying about how I would occupy them and keep them entertained.  I remember the "stuff" that I would pack to ensure they had everything they needed to endure two and a half hour flight to Florida without any discomfort or boredom.  These memories created such a stark contrast to this mother and her three youngsters.  She had a calm detachment about her that left me feeling confused and conflicted.  Was she an uncaring, unloving mother?  How could she be so detached?  I later witnessed her and her children being picked up at the airport by family members and confirmed that she was not unloving.  As she ran to her family members and wrapped them in hugs, her independent children smiled happily at their cousins and climbed in the waiting van.  It occurred to me that her way of parenting was just different.  And in someways, more effective.  Her children seemed very happy and content.  And yet they seemed so much older than they appeared.  They had learned to be self sufficient and also had been taught manners.  Their behavior was as foreign to me as their language but I found it all very interesting.

Have you ever witnessed a parent handling things in a manner that was very different from they way you would?  Have you seen cultural differences in parenting?  I would love to hear your comments on this interesting subject.
facebook.com/SplashParentingPrinciples
Posted by splashparenting.com at Thursday, July 18, 2013